How To Recycle Your Old Duvet Sustainably

You may not be a dog, cat or pet owner and have never realised that recycling an old re-usable duvet is one of the best ways to help pet charities and local pet shelters to keep animals warm.

“It’s only after purchasing a new duvet, we found not enough room to store the old one at home. It became quite a task where to recycle the duvet”

The problem is that many duvets are not environmentally friendly being made of synthetic fibres. WRAP, the UK recycling organisation report that both duvets and pillow recycling are “challenging” and encourages the public to recycle clean usable duvets and pillows to local charities and not donate to textile recycling banks.

Is Your Pre-Loved Duvet In Good Condition? 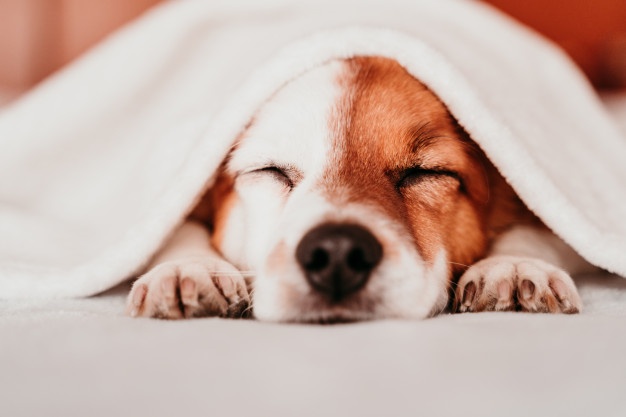 Just As Humans Do

Where To Donate Your Duvet

Good, clean, undamaged duvets can have better homes to go to, recycling and disposing of duvets environmentally.

Animal shelters and pet charity shops have a presence in most local towns and cities. They are grateful for duvet, blanket, towel, and pillow donations as long as they are in good condition, clean and re-usable.

Animal shelters need duvets and blankets to give their dogs and cats, some soft and warm comfort in their pens, when waiting to be rehomed, and towels for everyday needs when caring for the animals. Pet charity shops can sell second-hand textile goods, with care labels attached, and particularly new items.

Charity shops can have limited space and may only take these donated items infrequently, so it’s best to call ahead and find out what their current space allocation is like, rather than turning up at their premises with a large duvet in your arms and being rejected! Generally, they appreciate these items when they are coming into season and easier to sell, such as the start of Autumn when the weather is starting to get chilly, and after Christmas when the weather is at its coldest.

The pandemic hasn’t helped and provided new strict requirements in place when taking in charitable donations from the public, so these rules have to be adhered to. They may change from time to time, currently, some shops, for example, may want the duvet to be placed in a plastic bag before being handed in. The charity shop should inform you of how they wish the items to be donated.

Animal shelters use many clean recycled donated duvets, blankets, and towels. They generally have more space to store these items, but still, call ahead and find out their current requirements, similar to charity shops. The larger shelters may not take them, but smaller shelters are generally very keen.

Pet Rabbit owners who keep pet rabbits outside like to try and make hutches warmer for their pets. During the winter outside pet rabbits suffer from the cold.

Duvets, blankets, and towels should never be put in rabbit cages as pet rabbits will nibble these and choke, becoming seriously ill with ingested blockages, needing emergency care.

However, they can be put to excellent use to cover the cages during very cold weather. Putting a duvet cover over and around the hutch will help to keep it a little bit warmer inside, adding some insulation, but one must always allow air circulation to get into the hutch whilst keeping the duvet inaccessible from the pet rabbit. Finally, cover over with some waterproof tarpaulin and you’ve helped to increase their hutch warmth.

Giving Your Duvet Away For Free

If you want to give away your duvet to a pet owner then advertising it on the free web platforms is another solution. Try these –

3. Try ilovefreegle free recycling with local groups all dotted over the UK.

The PMFA (The Pet Food Manufacturer’s Association) latest figures, 2021, show an estimated population of 12.5 million dogs and 12.5 million cats residing in our homes. That’s an awful lot of pet owners looking after millions of pets.

Estimates suggest that there are approximately 1million pet rabbits kept in the UK and about 67% of those are kept outside.

Pet ownership figures have greatly increased during the recent pandemic, so we are sure that any free item offered will be snapped up by grateful pet owners.

Thank you to everyone

who has generously donated duvets

This can be quite difficult, and you may find that you will need to search your local council details and enquire, or local homeless charity. The best times to donate are during Autumn as the weather starts to change, getting colder, and at Christmas time when many temporary shelters are set up by council back initiatives. However, many organisations refuse to take used duvets. They will accept new duvets.

There are now ‘take-back’ schemes being operated by larger store groups such as Dunelm in their sustainability schemes, who will recycle your old duvet as long as it clean and free from blood stains. This service may not be available from all stores so may be best to call in advance before taking them to the stores operating the system.

When Was The Duvet Invented?

A young British designer and entrepreneur, Sir Terence Conran introduced duvets into his new directional Habitat stores in Britain having spotted them being used in Sweden, 1964. Duvets caught on very quickly becoming a great alternative to the heavy, old wool blankets that had been used on beds for centuries and a step-up from the duck and goose feather eiderdowns being used. However, there isn’t much information from historical records of duvets being invented, or indeed, used in other civilisations as we know the duvet today.

At this time, many synthetic fabrics, including the fillings used today, were being invented and improved, sweeping away the old, traditional natural fabrics used which also helped to reduce the selling price of duvets, now making them extremely affordable.

Recent surveys by GFK estimate that more than 7.6 million have been sold during 2021, in the UK.

The BBC Magazine writes more about the history of the UK duvet.

END_OF_DOCUMENT_TOKEN_TO_BE_REPLACED

The Best Way To Recycle Your Old Clothing

END_OF_DOCUMENT_TOKEN_TO_BE_REPLACED

The Best Way To Recycle Old Pillows And Cushions

END_OF_DOCUMENT_TOKEN_TO_BE_REPLACED

5 Tips Renting With A Pet

Renting With Your Pet

What Are UK’s Most Stolen Dogs?

Whats The Best Way To Find My Missing Pet?

Walk The Ridgeway With Your Dog

Choose A Cat Carrier Or Crate?

What Are Dog Beach Drying Coats?

How To Prevent Dog Beach Accidents

Does Your Dog Measure Up To Your Car?

What Is The New Countryside Code For Dog Walkers?

\\\  Copyright Petcheck Blog  Back to Home page Need to get in touch? – please use our Contact Us page

8 thoughts on “The Best Way To Recycle Old Duvets”